Which engineering field is used in Artificial Intelligence? 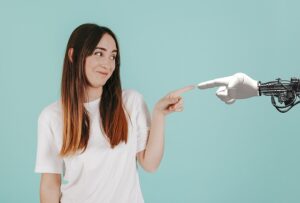 Which engineering field is used in Artificial Intelligence   Artificial intelligence (AI) involves the creation of computer systems with the ability to learn and make decisions in ways that are similar to humans, but computers must be programmed by people to achieve this. Engineers have played an important role in developing and applying AI because the technologies that support AI, such as machine learning and deep learning, require expertise in software, electronics, and computing power. Some examples of engineer-created AI include Siri and Alexa, which both use voice recognition technology to communicate with users, and Watson, which uses natural language processing to help doctors diagnose patients or play Jeopardy! games on TV.

The electrical engineering field is the backbone of artificial intelligence. Electrical engineers and computer engineers design the hardware and software that make up an AI system. Electrical engineers create algorithms that detect patterns in data, while computer engineers write code to execute these algorithms. Although there are many different types of electrical engineering, they all have a lot of crossover with other fields such as computer science and signal processing. Signal processing is usually broken into two major categories: analog and digital. Analog deals with real-world signals, like sound waves or images captured by a camera, while digital deals with electronic signals generated by computers or other electronic devices. Engineers need both analog and digital training to be successful in this field.

Computer scientists must have an excellent understanding of mathematics, logic, and problem-solving skills. They need to be proficient in one or more high-level programming languages like C++, Python, or Java among others. The computing field changes rapidly so computer scientists need to keep up with new trends by reading publications by other leading experts in their industry. Engineers are needed for designing software that makes it possible for machines to behave intelligently. Engineers who specialize in this area typically earn a Master’s degree and can pursue a Doctorate as well. An engineer with these qualifications would work on improving how computers process information such as how they understand language, hear sounds or perceive objects.
Engineers in artificial intelligence might also look at how computers can learn from what they are told and then apply that knowledge to solve problems.

This engineering field goes by many names: artificial intelligence, machine learning, and data analytics. It’s not a specific degree but rather an engineering discipline that uses math to solve problems. In recent years, it has become more closely associated with the study of how computers can learn from data and make decisions independently. If you’re interested in this cutting-edge field of study, you may want to learn about artificial intelligence at MIT or Carnegie Mellon University. These schools offer Ph.D. programs for students who are looking for careers as professors, researchers, entrepreneurs, or engineers. Engineering in Artificial Intelligence typically focuses on either computer science or electrical engineering. A mastersmaster’s degree will provide you with a strong foundation for future work in the field, while doctoral degrees are ideal if your ultimate goal is to teach or conduct research.

Engineers use engineering principles to solve problems and create new products. They also study both the causes and the effects of technological innovations. Engineers must have detailed knowledge of mechanics, materials science, electrical fields, computer sciences, robotics, physics, mathematics, and design. They may focus on a particular area like civil or chemical engineering. The work of an engineer will often involve developing solutions to complex problems with constraints in mind that might include economic factors such as cost and resources available or environmental factors like pollution levels or preservation of natural habitats.

Artificial intelligence has been around since 1956, but it’s only recently that the engineering field has become more popular. Engineers are needed to design computer software and hardware that make it possible for machines to do tasks without human assistance. This includes a variety of tasks such as self-driving cars, speech recognition, natural language processing, and machine learning. The engineering skills required to be successful in this industry include knowledge of data science and machine learning as well as experience with programming languages such as Python, Java, C++, or Lisp.

How do I start an Internet service provider business?