Which approach would make use of edge computing technologies? 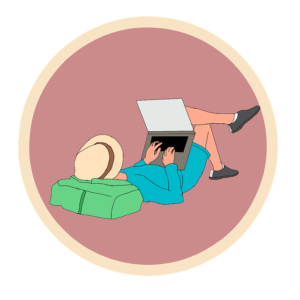 Which approach would make use of edge computing technologies?

One of the most important technologies in the coming year will be edge computing – but what exactly is it, and how does it make use of edge computing technologies? In this blog, we’ll go over the core concepts that you need to know before investing in this new technology. Read on!

This is a process by which the data processing occurs at the edge of the network.

This has many advantages, including reduced latency and increased cost efficiency.

Streaming services such as Netflix, YouTube, and Amazon Prime Video all rely on edge computing to provide an optimal viewing experience to customers.

Edge computing can also be used in more advanced ways, such as to detect cybersecurity threats or identify emerging trends in social media content.

Another example of how edge computing could benefit business models is in the implementation of remote video-on-demand systems.

When users are watching movies remotely, they are using up valuable bandwidth that might otherwise go to other users.

The streaming provider will need to allocate their resources accordingly so that this does not happen – but by sending videos from a nearby edge node instead, these bandwidth issues can be avoided altogether.

Once the internet moves from 4G cellular networks to 5G networks,

we will see even greater demand for computation at the edges of networks due to increased speeds and responsiveness requirements from applications and people who need connectivity wherever they are.

The cloud is a centralized system, which means all the data is stored in one location.

This makes it an easy target for hackers. Edge computing technologies, on the other hand, store data locally – at the edge of the network.

Edge systems are more energy efficient and secure than traditional cloud architectures because they do not need to stream content over long distances to be processed.

Edge systems can run on battery power or solar cells and are often located closer to customers than traditional data centers,

One edge computing technology that reduces bandwidth requirements is the Internet of Things, where devices communicate with one another through a wireless network.

IoT devices could be programmed to only transmit data when they need to, and only when they have more information to send.

This way, IoT devices can decrease their transmission frequency and still provide the same value as before. They also save power by reducing the amount of time they spend transmitting data.

The concept of device-to-device communication will allow for more efficient transmissions between IoT devices.

Low latency: Latency refers to the time it takes for an event in your environment (say, turning on your coffee maker) to produce an observable effect at a given point in time (the coffee starts pouring out).

It’s important because high latency means you won’t see what you’re doing immediately; instead, you’ll have to wait for some kind of confirmation from elsewhere (like the coffee maker signaling that it’s done brewing).

That confirmation may not come until too late.

Edge computing has lower costs because it utilizes the nearest device and operates on its resources. This means that devices don’t need to rely on data centers, which can be expensive to maintain and run.

As a result, companies might be able to cut their IT budgets by up to 50%.
It also frees up bandwidth as devices are capable of communicating with one another,

so there’s no need for all data to travel back to the data center.

Plus, if a network connection is lost in the field, it doesn’t matter. Devices will continue operating and sending information locally until they’re reconnected again.

Edge Computing is a term that has been coined to describe a new paradigm in how IT infrastructure is deployed.

It’s an answer to the problem of information overload, where the amount and complexity of data being produced by sensors, devices, and applications outstrip the capacity of traditional centralized data centers.

Data processing is increasingly being distributed closer to where it originates, with processors and storage being added as close as possible to sensors or microprocessors that are capturing real-time data.

This means more powerful analytics software can be run locally on low-power hardware instead of requiring high-powered servers that are located in remote central offices.

Edge computing is a distributed computing architecture where data and computation are processed near the source. This form of processing is also known as cloud offloading or fog. It’s an alternative to cloud computing that provides better latency, security, and cost-effectiveness. Edge servers can be located on-premises or in public clouds. The most common form of edge server is a mobile device such as a smartphone or tablet, but it can also refer to servers located in the same building as the client device.

EDGE Computing is an Extension of Which Technology Brainly

5 Assistive Technologies That Can Help You Access a Computer

Stevens Institute of Technology: A Master’s in Computer Science