what is artificial intelligence with examples?

Artificial intelligence, or AI, has become one of the hottest buzzwords in the tech world today, but what is it?

What makes AI different from other types of computer science?

How does artificial intelligence work, and what sort of real-world applications does it have?

In this article, we’ll look at everything you need to know about artificial intelligence and examples of

how AI technology is used today. Let’s get started! (read the full article) 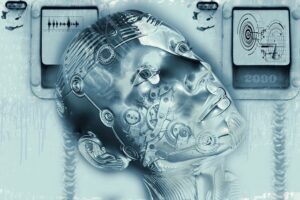 what is artificial intelligence with examples  Artificial Intelligence (AI) is a computer science discipline that studies the theory and practice of intelligent systems, especially ones based on algorithms.

It can be used for anything from scheduling meetings to predicting the stock market to self-driving cars.

It involves creating software that can do things like recognize speech or images, answer questions, translate languages, make decisions, and move and control objects.

AI includes programming computers to behave intelligently so they can solve problems as well or better than humans could.

The term artificial intelligence was coined by John McCarthy in 1956 at a conference at Dartmouth College attended by such luminaries as Marvin Minsky and Claude Shannon.

The history of artificial intelligence research goes back much further than that;

one of the first people to try to create artificial beings appears to have been Étienne Jules Marey,

who made many experiments in mechanical animation during the 1880s.
Research into artificial intelligence gained momentum

when Alan Turing published his seminal paper Computing Machinery and Intelligence in 1950.

Since then many other researchers have studied aspects of AI including Allen Newell, and Herbert A.

What are the different types of AI?

Artificial Intelligence (AI) can be thought of as the science and study of making intelligent machines, especially intelligent computer programs.

There are different types of AI, but they all involve some form of machine learning.

Machine learning is the scientific study that teaches computers how to do something without being explicitly programmed.

In other words, it’s a way for AI to learn things on its own.

One example of artificial intelligence is AlphaGo.

It was created by DeepMind in London, UK to play the ancient Chinese game called Go.

It was made in an attempt to make an algorithm that could become better at playing Go than any human player ever could be.

They designed this project because there are more possible board positions than atoms in our universe!

who had won three world championships since 2003 and been ranked as high as number two internationally before he retired from competitive play; AlphaGo won by five games to zero with no losses.

What are some real-world examples of AI?

AI can be found in many places in our everyday lives. Check out the list below to see some of the applications of AI.
-The first example is a self-driving car. The driver will input a destination and the computer will take over, making sure to obey traffic laws and maintain a safe driving speed according to the weather conditions.
-An AI chatbot could be another example. These chatbots are used for customer service or other tasks that would otherwise require human interaction, such as answering questions or providing advice. They work by understanding natural language which makes it easier for humans to communicate with them than with other forms of technology like IVR systems where you have to press buttons on your phone or computer for specific responses and information about products or services.

What are the benefits of AI?

Artificial Intelligence has many benefits. It can be used to create predictive analytics and models, as well as automate tasks that are currently done by humans. AI can also help doctors make more accurate diagnoses, and it can be used in law enforcement to predict crime before it happens.
Another benefit of AI is that it allows people to do things they never would have been able to do before. For example, people who were born without limbs can now use prosthetics that allow them to type on a keyboard or move their hands using the power of their minds.
AI also provides opportunities for lower-income countries like India by creating jobs that don’t rely on physical labor or high education levels.

What are the risks associated with AI?

Artificial Intelligence, or AI for short, has been around for decades. In the last few years, it’s seen a resurgence in popularity and concern from the public. Artificial Intelligence is a broad term that can refer to many different things, but at its core, it means that a machine mimics human decision-making processes. This type of automation isn’t new; we’ve had computers since the 1960s and people have been using them for tasks like bookkeeping and data processing for decades. But this new wave of AI is different because it can mimic decision-making processes that are more complex than anything before. Some believe that this could be beneficial in many ways- robots may become more intelligent than humans and help us solve difficult problems like climate change, poverty, or disease.

Artificial Intelligence (AI) is the simulation of human intelligence processes by machines, especially computer systems. These processes include learning (the acquisition of information and rules for using the information), reasoning (using the rules to reach approximate or definite conclusions), and self-correction. The term was coined by John McCarthy in 1956 while he was at MIT. As we continue to explore AI, it becomes more apparent that this field has endless potential. In addition to being present in our homes and schools, artificial intelligence may soon be a part of a majority of our jobs.

What is artificial intelligence in Business Analytics?

Which engineering field is used in Artificial Intelligence?