What are the types of industrial electronics? 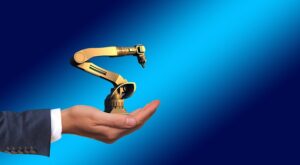 What are the Types of Industrial Electronics? Electronics are everywhere, from phones to TVs and computers, even to toys and watches. But how can you tell which electronics are industrial and which ones aren’t? In this article, we’ll take you through the main types of industrial electronics and why they are used in the industry today.

Industrial electronics comes in many different forms. When people hear industrial they may think of machinery and factories, but the term also includes a wide range of devices that are used in industries all over the world. Some common types of industrial electronic devices include:
– Sensors – These sensors monitor things like temperature, humidity, and pressure – PLCs (Programmable Logic Controllers) – These devices help to automate a process by controlling and/or monitoring it with commands – HVAC (heating, ventilation, and air conditioning) systems – This system is used to control temperature and humidity by regulating airflow

Industrial electronics can be classified as AC and DC current. AC is an alternating current that changes direction many times per second, while DC stands for direct current which maintains a constant direction. AC is most commonly used in power transmission systems as it allows electricity to be transmitted over long distances with ease. The other main application for industrial AC currents is in motors, where they provide rotational force to different types of machinery. These machines include cars, elevators, escalators, lathes and drills. To function effectively these machines need to convert their rotational motion into linear motion that can carry out a task such as cutting metal or drilling holes in wood. They do this by connecting the output shaft from the motor to another machine through gears or belts.

Industrial switches perform a variety of functions depending on their type. Below is a list and brief description of some common industrial switches:
-Toggle Switches: These are mechanical switches that have two positions, normally open and closed. Toggle switches can be used in a variety of applications including safety devices.
-Pushbutton Switches: Pushbutton switches come in many shapes and sizes and provide an input for momentary or continuous control.
-Rotary Switches: Rotary switches have three or more positions where each position provides a different output. Rotary switch applications include maintaining engine speed or controlling lighting levels.

Industrial Electronics, or Industrial Control Systems, can be very complex. The most common industrial electronic device is a resistor. A resistor is an electrical component that resists the flow of current and reduces voltage by converting some of its energy to heat. Resistors have many important uses in industry. For instance, they are used as safety devices in industrial equipment and appliances to protect against electric shock or fire due to abnormally high current. They also help control currents flowing through wires in electric circuits and filters out noise from AC power sources. As such, resistors are found in many different places including homes, industry plants and facilities, laboratories, military bases and spacecrafts.

Industrial inductors range from small power inductors to large bank inductors. Power inductors are designed to handle high levels of continuous current, but have limited peak current capability. Bank inductors are designed for high peak currents, with a much lower continuous current capacity. There are many other industrial electronics that can be used in your industry, such as transformers and coils. You should consult an expert before deciding on what type of industrial electronics you need or want for your business.

Industrial electronics can be broadly grouped into three different categories: transistors, logic devices and integrated circuits. Transistors are an electronic component that converts an electric signal into a new form for amplification. This category includes bipolar and field-effect transistors. Logic devices are another type of industrial electronic that processes binary input to produce binary output as well as discrete logic elements like diodes and flip-flops. Integrated circuits offer a combination of both transistor and logic function in a single device.

Industrial diodes are a type of semiconductor device that is used in a variety of applications, including power control and protection. Industrial diodes can also be used as rectifiers or to provide a desired current level. Diodes can be classified into three different categories: silicon avalanche, silicon blocking, and germanium. Silicon avalanche diodes are commonly used for high-voltage applications such as solar power panels or radar systems. Silicon blocking diodes can be used to protect sensitive circuits from high voltages or currents by blocking them from passing through it while still allowing low voltage current to pass through it unimpeded.

Industrial electronic devices that use light, rather than electricity, to perform certain functions are called optoelectronics. Optoelectronics can be found in a number of different industries and applications ranging from LED lighting to optical data storage.
Industrial optoelectronic devices typically use one or more semiconductor materials such as silicon, gallium arsenide (GaAs), or indium phosphide (InP) to convert an electrical current into light energy. They come in three basic categories: LEDs, lasers, and light emitting diodes (LEDs).
LEDs convert electricity into photons with a wavelength range between 400-700 nm and emit that energy as visible light. The intensity of these LEDs is measured in lumens per watt.

I Am Robot: The Cast of the Korean Drama

How to Use an Online PDF Editor Free Without a Watermark

Get the Microsoft Remote Desktop for Mac App