The Top 5 Sources of Greenhouse Gas Emissions in the UK 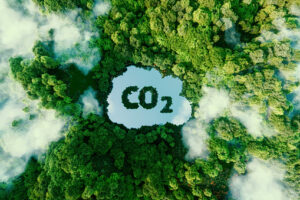 Power stations are one of the largest sources of greenhouse gas emissions, accounting for approximately 14% of total emissions. They produce electricity by burning coal, gas or oil which produces large quantities of carbon dioxide and other gases as byproducts. Power stations account for 36% of all carbon dioxide emissions from fossil fuels. Coal is the most common fuel used and emits more than twice as much carbon dioxide than natural gas or oil per unit weight. Power stations use a huge amount of water to cool their machinery: 10-15% goes up in steam, producing hot water that is then cooled and pumped back into rivers downstream, often at higher temperature levels than when it went in.

Transport accounts for 29% of greenhouse gas emissions, with road transport contributing the most at 16%. Air pollution from transport contributes to 60% of nitrogen dioxide levels and 22% of particulate matter. Without air pollution, life expectancy would increase by two years on average. The government has pledged to end sales of new petrol and diesel cars by 2040, but this will not be enough to meet clean air targets if other modes are not looked at as well. They also need to introduce more stringent legislation around cleaning up emissions from vans and buses, which contribute 24% of carbon dioxide emissions. If these sources were to change, then that could have a significant effect on reducing greenhouse gas emission levels.

What can you do to help?
-Eat less meat, especially beef. Beef produces six times more greenhouse gas emissions than chicken or pork.
-Switch to a green energy supplier. It could cut your carbon footprint by up to 50%.
-Walk, cycle or use public transport instead of driving whenever you can. This will reduce your emissions and help tackle congestion too.
-Buy a low emission car when you need one – it will cost around £1,000 more but save up to £550 on fuel each year.
-Offset your travel emissions by paying for someone else’s plant trees or wind turbines to be built in another part of the world – this is called carbon offsetting and it can reduce your environmental impact without affecting your lifestyle.

Households are one of the most significant contributors to greenhouse gas emissions. The National Grid estimates that 18% of greenhouse gas emissions come from households. A number of different activities in homes cause greenhouse gases to be emitted, such as cooking and heating water. One way to reduce emissions is by using renewable energy sources like solar panels, which don’t release any carbon dioxide into the atmosphere. A second way to reduce greenhouse gas emissions is by consuming less electricity. Although this can seem difficult, it’s easier than people might think! Turn off lights when they’re not needed, unplug appliances when not in use and try using a clothesline or drying rack instead of an electric dryer.
A third way for households to decrease their emissions would be for everyone in the home to adopt sustainable living habits.

There are many steps we can take to reduce our carbon footprint and greenhouse gas emissions. We could start by reducing our carbon footprint by eating less meat, taking shorter showers, and changing the lightbulbs in our house. Reducing transportation emissions is another way to reduce greenhouse gas emissions; carpooling is one way to do this. You can also reduce your heating bill by lowering your thermostat during winter months or investing in a programmable thermostat that will keep your house at a comfortable temperature while you’re not home.
To make a real dent in greenhouse gas emission levels, we’ll have to work together on bigger projects like generating more renewable energy and planting more trees. Together, we can create sustainable communities!

The Top Electric Car Companies in the USA

The Best Location for Electric Car Charging Stations in the UK