Non-Terrestrial 5G Networks: What You Need to Know

Non-Terrestrial 5G Networks: What You Need to Know

5G networks are the next generation of wireless technology, and they’ll be launched by most telecommunications companies in the next few years. While the initial rollout will take place in urban and metropolitan areas, it’s estimated that around 85% of people will have access to 5G network coverage by 2022. This means that you should eventually be able to stream video at 4K resolution on your smartphone while commuting to work on the subway or sitting in traffic on your way home from the office.

The Race is On; 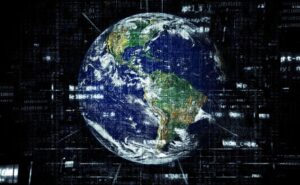 There is a global race for 5g networks, and the U.S. is competing with China on who will get it first. This technology has implications for everyone because it will make data transfer speeds faster, allow more devices to connect, and improve reliability. With that said, there are two different types of 5g networks coming out in 2022 – non-terrestrial or terrestrial. Non-terrestrial networks use satellites while terrestrial networks use cell towers like 4g LTE or WiFi. For the U.S., China, and other countries to be on the same playing field when it comes to this technology, they’ll need an interoperable 5g network standard–which may not be ready until 2024–to avoid interference between technologies.

Why Put 5G Satellites in Space?

When Can I Get it?

5g is the next generation of wireless networks, and it promises a lot more than what we have today. It’s expected that 5g will become a reality in 2022, but there are still many unanswered questions about how 5g will be implemented and what it will mean for customers.
You might be wondering when you can expect to enjoy the benefits of 5g. Well, while some companies are starting to test 5g networks now, most experts predict that non-terrestrial implementations of this technology will reach customers by 2022. But as with any new tech trend, there are risks involved with jumping on board too early.
The first thing you should know is that non-terrestrial 5g networks do not require a line of sight between devices like 4g does.

How Do You Get it?

5g is coming and it will be a game changer. That’s why now is the perfect time to start thinking about how 5g might affect your industry. If you’re not sure what you need to know, here are five key points:
1) How will 5g connect with 4g and other networks?
2) Will 5g provide any security benefits over 4g?
3) Will my device be able to connect to 5g? 4) When can I expect 5g networks in my area?
5) Can I use Wi-Fi instead of cellular data for my devices on 5g networks? 6) Is 5g wireless broadband technology better than fiber optic cable? 7) How do 5g frequencies differ from 4g frequencies? 8) What does this mean for hospitals and healthcare professionals? 9) What does this mean for public safety officials and citizens alike? 10) Why do we need 5g non-terrestrial networks at all when some countries still don’t even have 4G LTE coverage yet? 11). When will we see widespread adoption of 5G terrestrial networks within the U.S.? 12). Does this mean that cell phone signals may become obsolete in favor of wi-fi or Bluetooth signals sometime soon?