New Technologies In Electric Vehicles  The electric vehicle industry is constantly evolving, with new technologies emerging all the time. In this blog post, we’ll take a look at some of the latest innovations in electric vehicles, from new battery technologies to advances in charging infrastructure. We’ll also explore the challenges that still need to be addressed for electric vehicles to reach their full potential.

What are electric vehicles? 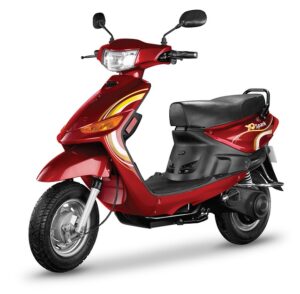 Electric vehicles are powered by electric motors and batteries, instead of gasoline or diesel engines. They are becoming more popular as advances in technology make them more affordable and efficient.

Electric vehicles have many benefits over traditional gasoline or diesel-powered vehicles. They emit no pollutants, so they’re better for the environment. They’re also much cheaper to operate since electricity is cheaper than gasoline. And electric vehicles are becoming increasingly more efficient, with newer models getting up to 300 miles per charge.

If you’re interested in an electric vehicle, there are a few things to keep in mind. First, you’ll need to find a place to charge your vehicle. Many homes and businesses now have charging stations, but you can also install a charger at your home. Second, electric vehicles typically have a shorter range than gasoline-powered cars, so you’ll need to plan your trips accordingly. But with a little planning, electric vehicles can be a great option for eco-friendly, cost-effective transportation.

How do electric vehicles work?

Electric vehicles (EVs) are powered by electricity from batteries, fuel cells, or solar panels. The electricity drives an electric motor that turns the wheels.

How do electric vehicles work? EVs have many parts in common with traditional gasoline-powered cars. For example, both have brakes, tires, and lights. But EVs also have some unique parts, like batteries and motors. Here’s a look at how these key components work together to power an EV:

Batteries: Most EVs use lithium-ion batteries, which store electricity that can be used to power the car. The size of the battery determines how far the car can go on a single charge.

Fuel cells: Fuel cells generate electricity from hydrogen gas. They can be used to power EVs, but they’re more commonly found in commercial and industrial settings.

Solar panels: Solar panels convert sunlight into electricity that can be used to power an EV. They’re not commonly used because they’re expensive and they don’t produce much power.

Electric motor: The electric motor is the heart of an EV. It converts electricity into mechanical energy that turns the wheels of the car.

The different types of electric vehicles

Electric Bicycles: Electric bicycles are becoming increasingly popular, as they offer a green alternative to traditional bicycles. These bikes typically have a small motor that assists the rider, making pedaling easier.

Electric Cars: Electric cars are becoming more prevalent on roads around the world. These vehicles use electricity to power their motors, and many are capable of driving for long distances without needing to be recharged.

Electric Trucks: Electric trucks are becoming an increasingly popular option for businesses and municipalities. These trucks can often haul heavy loads, and some models are even capable of autonomous operation.

The pros and cons of electric vehicles

Electric vehicles are becoming increasingly popular due to their many advantages over traditional petrol or diesel cars. However, some potential disadvantages should be considered before making the switch to an electric car.

The main advantage of electric vehicles is that they produce zero emissions, which is great for the environment. They also tend to be much cheaper to operate than petrol or diesel cars, since you only need to charge them up rather than buy/refill fuel. Electric cars also tend to have strong acceleration and can be very fun to drive!

Overall, electric vehicles have a lot of advantages and are worth considering if you’re in the market for a new car. However, make sure you do your research and weigh up the pros and cons before making your final decision!

As the world progresses, so does the technology we use to get from one place to another. We’ve come a long way from horses and buggies, and even farther from the first cars that were powered by gasoline. Now, we’re on the cusp of a new era of transportation: electric vehicles.

Electric vehicles are powered by electricity instead of gasoline, and they have several advantages over traditional cars. They’re more efficient, emit less pollution, and are cheaper to operate.

1. Batteries: The battery is the heart of any electric vehicle, and it’s also the part that needs the most improvement. Current batteries are expensive, have a limited range, and take a long time to charge. But new battery technologies are being developed that could address all of these issues. For example, solid-state batteries promise to be cheaper, lighter, and more efficient than current lithium-ion batteries. And research is also being done on rechargeable metal-air batteries that could have an even longer range than solid-state batteries.

2. Motors: Electric motors are more efficient than gas engines, but they’re also heavier and slower to respond. New motor technologies are being developed that

How will new technologies in electric vehicles impact the future?

Electric vehicles are becoming increasingly popular, due to their many benefits over traditional petrol and diesel cars. They emit no pollutants, are cheaper to run and are kinder to the environment.

However, electric vehicles do have some drawbacks. One of the main concerns is that they require a reliable and robust charging infrastructure to be practical for everyday use. This is something that is currently being developed and improved, but it’s not yet perfect.

Another worry is that electric vehicles could put a strain on the electricity grid. If everyone charges their car at the same time, it could lead to blackouts or power cuts. This is something that needs to be managed carefully to prevent any problems.

Despite these concerns, electric vehicles are still widely seen as the future of motoring. New technologies are constantly being developed that improve their performance and make them more practical for use in everyday life. Electric vehicles will likely become increasingly common in the years ahead, as they offer a cleaner and more efficient alternative to petrol and diesel cars.

The Benefits of a Computer Software Technology Degree in the USA

How Computer Technology Services Can Help Your Business