Networking In Computer Science In 2022 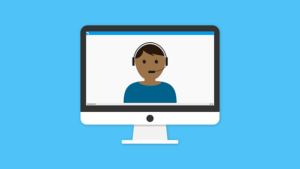 Networking In Computer Science In 2022 Networking is a central component of computer science. It allows computers to communicate with each other and share resources. Networks can be as small as two computers connected by a single cable, or as large as the Internet, which connects billions of devices around the world.

Networked systems are everywhere, from the home network that connects your laptops, smartphones, and printers to the global network of computers that makes up the Internet. Understanding how networking works is essential for anyone who wants to work in computing.

In this section, we’ll introduce some of the basic concepts behind networking. We’ll start with a brief history of networking, before moving on to an overview of how networks work. Then we’ll take a closer look at some of the most important protocols that make up the Internet, including TCP/IP and HTTP.

It is said that networking in computer science began with the ARPANET project in the late 1960s. This was a project of the United States Department of Defense Advanced Research Projects Agency (ARPA). The main aim of this project was to create a network that could survive a nuclear attack. This led to the development of the first-ever network protocol, which was called the Transmission Control Protocol/Internet Protocol (TCP/IP).

With the success of the ARPANET project, networking in computer science gained momentum and many other networks were developed in the 1970s and 1980s. These included local area networks (LANs), wide area networks (WANs), and Metropolitan area networks (MANs).

The 1990s saw a major advancement in networking with the development of the Internet. This created a global network that allowed computers from all over the world to communicate with each other. The Internet has revolutionized networking and has made it possible for people to connect from anywhere in the world.

The future of networking

The future of networking lies in the development of new technologies that can provide higher speeds and lower costs. The next generation of networks will be based on optical fiber and will offer speeds of up to 10 gigabits per second. This will enable users to download movies, music, and other large files in a matter of seconds. In addition, the use of wireless technologies will continue to grow, providing users with greater flexibility and mobility.

Local Area Networks: A LAN is a network that covers a small geographic area, like a home, office, or school. Most LANs are privately owned and used to connect computers within the same building or campus. For example, the Ethernet network in your home probably uses CAT5e cables to connect your computer, printer, and other devices to each other and the Internet.

Metropolitan Area Networks: A MAN is a network that covers a larger geographic area than a LAN, like a city. MANs are usually owned by either a municipality or a large corporation. For example, many universities have their MANs which allow students and faculty to connect and to the Internet from anywhere on campus.

Wide Area Networks: A WAN is a network that covers an even larger geographic area than a MAN, like an entire country or continent. WANs are usually owned by large corporations or governments. For example, the Internet itself is a global WAN that connects computers all over the world.

How to set up a network

A network can be defined as two or more computers that are connected in order to share data or resources. In order to set up a network, there are a few things that you will need:

1. A router: This is the device that will connect all of your computers together and allow them to communicate with each other.

2. Ethernet cables: These are used to connect your computers to the router.

3. A switch: This is optional but can be used to expand the number of computers that can be connected to the network.

5. Software: You will need some type of software to configure the network and set up sharing options.