How to Connect Generator to House Electrical Panel

How to Connect Generator to House Electrical Panel 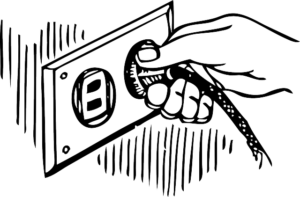 1. First thing we need to do is to disconnect the circuit breaker panel from the house’s electrical system. You will want to move the circuit breakers to wherever they were before you started the project. Now you will just have the generator connected directly to your house’s electrical panels.
2. Next step is to open the service entrance door (if applicable) and remove the cover plate. Remove the screws and lift off the cover plate. Underneath it should look something similar to this picture.
3. Once the cover plate is removed you should notice two wires running down into the box. These cables are grounding wires. Simply cut them and pull out any excess wire. A great way to avoid damaging these wires is to use a multimeter to measure the voltage at each end of the cable. If both ends of the cable read 0 volts then you have no problem removing the cable. However, if either side reads around 12v or higher than 12v then you probably have a short somewhere along the line. To remedy this simply replace the cable in the box.

4. After replacing the ground cable, unscrew the nut from the bracket attached to the wall. Next loosen the screw holding the mounting bracket in place and slide it over the studs. Screw the screw back into place.
5. Next, the last piece of hardware you’ll need is to remove the fuse. On the outside of the box near the top, you’ll notice a small hole. Use pliers or tweezers to grab the fuse and gently tug it out. Remove the old fuse and install the new one.
6. Lastly, reassemble everything, making sure it is tight. Secure the new plug to the back of the box with the included screws. Make sure the generator cord is not tangled and make sure the cables run correctly under the flooring. Plug the generator back in and turn it on. If you’re using a dryer-type generator, you may need to adjust the thermostat. Dryers require less power than refrigerators and freezers. Dryers operate best between 70°F – 110°F. Adjust the temperature control knob until the dial indicates the desired setting. Check the power supply again to ensure proper operation.