how to collect methane gas from animal waste 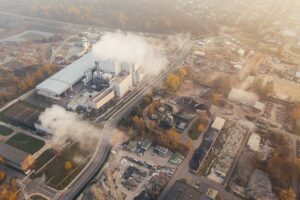 How to Collect Methane Gas From Animal Waste Methane gas from animal waste can be collected and used to provide energy that powers the farm or even the home of the farmer who produces the waste. If you don’t have your own farm, you can sell this gas to other farmers who are looking to make their operations more environmentally friendly. Whether you have your own farm or not, collecting methane from animal waste can be an important step toward reducing your family’s carbon footprint. Here’s how to do it.

what is methane gas?

Methane gas is a combustible natural gas that can be used as a fuel source. Methane has a high global warming potential and is the third largest contributor to climate change. In the U.S., methane emissions are responsible for 25% of greenhouse gases produced, as well as 8% of all greenhouse gases emitted in the world. The most common emission sources for methane are landfills, agriculture, sewage treatment facilities, and energy production (natural gas).
Gas-fired power plants are the second largest sources of methane emissions in the U.S., accounting for 44% of total emissions with over 100 million tons annually released into the atmosphere. To reduce methane emissions, it is important to look at the three main factors contributing to their release: changes in atmospheric composition; activities that produce or use methane; and decomposition of organic matter. It’s not just our use of energy but also what we’re doing about food waste–which accounts for 20 percent of methane release–that makes a difference. Collecting methane gas from livestock manure can reduce overall methane emissions by up to 30%.

where does it come from?

Methane gas is a byproduct of the decomposition of organic matter, such as manure. The process is called anaerobic digestion, which is when bacteria ferments food and breaks it down into methane, carbon dioxide and water vapor. If you have animals on your farm, this means that you’re sitting on a goldmine of methane gases that could be used for cooking or heating.
The best way to harvest this resource is by first building a digester tank. A digester tank works like a giant septic tank – but it’s designed specifically for biogas (another word for methane gas) production. You can either buy one or build one yourself and they can range in size depending on how much manure you produce at any given time. Inside the digester tank are two different compartments: aerobic and anaerobic. Aerobic refers to areas where air mixes with methane gas-producing materials, while anaerobic refers to areas without oxygen. The breakdown happens when microbes break down substances inside the anaerobic chamber. They use up all of their available oxygen and leave behind hydrogen sulfide (a toxic substance), methane and other gases which are later released through the vents leading outside.
The venting system helps remove these dangerous substances so they don’t get released into the atmosphere before they’re put to good use! Once there is no more methane gas being produced, you can take out both tanks and refill them again once there’s enough animal waste piled up.

how can we collect it?

Methane gas is a byproduct of the decomposition of organic matter, such as animal manure. It can be collected when it’s released and burned for energy, or captured and used as fuel for heating or cooking. To capture methane gas from manure, you’ll need some equipment: a vacuum pump (to suck up the gases), a tank or tube that runs the length of your barn (to contain the gases), and a pipe leading outside (to release them). Once you’ve assembled these components, place one end of the tube in an open area near where animals defecate and wait for it to fill with methane-heavy air. When it does, activate your vacuum pump which will suck up the methane before releasing it through your pipe outside.

what are the benefits?

Collecting methane gas is a good way to create renewable energy and reduce your environmental footprint. Methane can be collected as it is released during the decomposition of organic matter, such as manure, in an airtight container. In order for methane to be produced, there needs to be an active methanogen population. These organisms produce methane through a process called methanogenesis. The amount of methane that can be produced depends on the proportion of organic matter present in the manure and the temperature at which it is kept. Methane production increases with higher temperatures and decreases with lower temperatures due to inhibition by other gases or chemicals like oxygen or sulfide.

Methane gas is a natural byproduct of the decomposition process. If you have animals on your property, like pigs or chickens, you can use a system of pipes and valves to gather this gas and turn it into usable electricity. This can be done with any type of animal; the methane will naturally escape through their farts. The first step in collecting this natural resource is installing a biogas digester and a ventilation system, preferably outside the house. The next step is creating an artificial supply of manure that will serve as fuel for the system. You’ll need about one pound of manure per day for every two feet of pipe length for every 1,000 square feet that surrounds your digester.

Why Is Your Honeywell Electronic Air Filter Clicking?

Why Electric Vehicle Technology Certificate Programs Are on the Rise