While you might think of 5G as simply an extension of 4G, the truth is that it’s an entirely different beast. Whereas 4G was designed to deliver reliable and fast access to data, 5G will need to incorporate many more innovative technologies. One such technology will be a heterogeneous network (HetNet), which combines multiple types of networks into one coherent and unified framework.

The state of mobile networks today;

Today’s mobile networks are fast, but the future of mobile networks promises to be much faster. Heterogeneous networks will bring about five gigahertz network speeds that can enable vehicle-to-vehicle and device-to-device communications. Along with this speed boost, there will also be an increase in the capacity of data transfer rates as well as lower latency rates. These increases will have benefits for many industries, from self-driving ing cars to emergency responders who need to communicate with each other quickly.

How does 5G affect our lives? 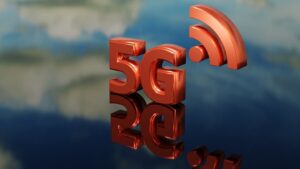 The heterogeneous network (5g) is going to have a significant impact on our lives by 2022. With the mass adoption of mobile devices, internet use is expected to double by 2020, and therefore so too will the demand for faster internet connections. By 2021, two out of three people will own connected devices with average global speeds increasing from 1mbps to 6mbps. This means that we will need more spectrum and capacity than ever before to meet this new demand – which is why an upgrade from 4g LTE to 5g LTE is necessary. It will provide not only faster speeds but also better coverage and higher capacity. We’re expecting major advances in robotics and autonomous vehicles over the next decade; as well as seeing an increase in machine learning applications in many industries.

What are the limitations of 4G?

One of the limitations of 4G is that it is not global. This means that many places are still waiting to get on board with the new technology, which can limit access to certain devices and services. Another limitation is that 4G coverage is not everywhere because 4G was developed primarily for urban areas. Due to this, people living in rural or suburban areas are often left without access to fast internet speeds or reliable phone service due to their distance from cell towers. In addition, as more and more people rely on streaming services for entertainment, some providers have started limiting how much data you can use per month. This has led to frustration among users who stream shows and movies from sites like Netflregularl sis.

5G w will provide significantly faster data speeds with shorter latency times, enabling new types of applications that have not been possible until now. In particular, the technology will revolutionize video by allowing for the live transmission of 8K video at 60 frames per second and the streaming of up to 16K video at 30 frames per second. It also offers unlimited bandwidth and more responsive connections, which means better support for augmented reality (AR) and virtual reality (VR) applications.
The increased bandwidth provided by 5G will allow internet users to download an entire HD movie within seconds. This is made possible through improvements in technology such as Massive Multiple Input Multiple Output (MIMO), beamforming, carrier aggregation, higher order modulation schemes, and spectral efficiency.

What’s the difference between 4G, LTE and 3G?

We have already bebeentoun to see the impact of the Internet of Things (IoT), with interconnected devices forming networks and communicating with each other. This trend is only going to accelerate as new technologies are developed and IoT continues to grow. As more of our world becomes connected, we need to find ways to stay ahead of the growing demand for connectivity. One way is by using heterogeneous networks that allow us to connect different types of devices, including those on cellular networks, Wi-Fi, or Bluetooth. Heterogeneous networks will be necessary for future applications such as virtual reality or autonomous vehicles that require low latency and high bandwidth connections. However, this technology has not yet been fully developed for widespread use because it requires advanced hardware that is too expensive for most consumers at this point in time.

Is it possible tot a 5G network now?

The first thing to understand is that there are two types of connections: wired and wireless. Wireless connections are usually more common because they’re cheaper to install and maintain, but they have drawbacks that affect the quality of service. For example, as more people use wireless connections, the signal becomes weaker for everyone. Wired connections, on the other hand, can’t be affected by too many simultaneous users because their cables can transmit data faster than wireless signals. But installing wires costs a lot more money and time than setting up antennas – so it’s not practical for most people or businesses. This is where heterogeneous networks come in handy! They combine both types of connections into one system which means you’ll have a fast connection no matter where you go, with minimal interference from other users

The future is here – Do we need 5G today?

5G is the next generation of wireless technology that will change the way we live, work and play. It promises faster data speeds, lower latency and greater capacity than, its predecessors. In an industry where technology has been increasing at exponential rates for years, these changes are necessary to keep up with demands.
As with every new innovation, there are drawbacks. For example, higher frequency bands can only travel shorter distances and require more antennas to send signals as they cannot pass through walls or obstacles as easily as lower frequency bands. This means that more infrastructure will need to be built at a time when there is already a lack of available resources and space to do so.

Where will I get my connection from in 2022?

In 2022, you’ll have many options for connections to the internet. You could get a cellular data connection from your mobile phone company, or you could get a wifi hotspot from your ISP. You might also get an internet connection at work or school, or at one of the many wifi hotspots that will pop up around town. Your home might even have an internet connection by then–if it doesn’t already! Regardless of where you connect to the internet, it’ll be through something called a heterogeneous network. A heterogeneous network is made up of different types of networks that can vary from each other based on what they provide and how they provide it. All these networks work together to create one big high-speed network for everyone to use!

The future of wireless communication is bright, with companies like Huawei leading the charge. The company’s new research paper shows that they are confident in the future of wireless communication, and that they’re investing heavily to make it happen. It also predicts that by 2022 there will be 20 billion connected devices on heterogeneous networks. The paper goes on to make predictions about how these networks will change our lives and how we live them, including aspects such as self-driving cars and better accuracy for doctors performing surgery remotely.

How Did Countries That Have Banned 5G Become the Best

Verizon 5G Private Network: How to Get It on Your Phone