Concentrated Solar Power Plant Construction A concentrated solar power plant, also known as a concentrating solar thermal power station, is an array of mirrors that concentrate sunlight onto an absorber to generate high-temperature heat. The resulting heat is used to generate electricity via a steam turbine or Stirling engine. CSP is just one type of solar thermal energy conversion, which can be used in other applications such as solar water heating and industrial processes. The technology uses the sun’s radiation to create steam and then converts it into usable heat for electricity generation.

Concentrated Solar Power (CSP) is a sustainable, renewable, and emission-free form of energy production. The technology has been around since the 1980s and is being employed in various geographies, such as the US, China, India, and Morocco. There are three main types of CSP: parabolic troughs, linear Fresnel reflectors, and dish-Stirling systems. Parabolic troughs use mirrors to focus sunlight onto a tube that runs down the middle of a field; it heats oil that’s piped in from an aboveground tank to create steam that drives an electric generator. 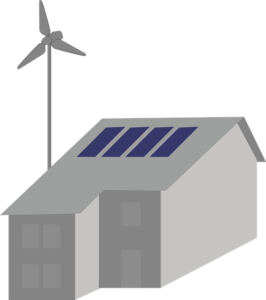 A concentrated solar power plant is a facility that uses mirrors to concentrate a large area of sunlight onto a small area. The concentrated sunlight heats u fluid (usually synthetic oil or molten salt) that is then used to boil water and create steam. That steam then turns turbines that generate electricity. There are different types of concentrating technologies, such as the parabolic trough, linear fresnel reflector, and dish/engine, which are all used in different applications to suit varying climate conditions.

There are two types of concentrating solar power plants: parabolic-trough and linear- Fresnel. Parabolic troughs use curved mirrors that follow the sun’s path to concentrate light onto a receiver pipe running down the center of the trough. Linear Fresnel uses rows of flat mirrors with a central pivot point that track tracks the sun across the sky and reflects sunlight onto a receiver pipe at the focal point.

Solar energy can be converted into electricity through the process of photovoltaic conversion. Concentrating Solar Power (CSP) is a type of solar technology that uses mirrors to concentrate the sun’s energy on a central point and then convert it into heat. This heat is then transferred to a fluid, which moves through an absorber where it heats water or other fluids and produces steam. A turbine is used to convert the steam’s kinetic energy into electricity.

Construction on new concentrated solar power plants has begun in the Mojave desert. The project, which will be the largest of its kind in the world, is set to bring 4,000 jobs to the region and generate enough electricity for 1.4 million homes.
The project was announced by NRG Energy and BrightSource Energy in October 2010 with land acquisition beginning shortly thereafter. Construction began in September 2013 and is expected to take 5-6 years before it reaches completion and begins delivering electricity.
The project will take up 3,600 acres of land next to Interstate 15 near Ivanpah Dry Lake.

High-efficiency, low-cost, and aesthetically pleasing solar panels are the key to success in the concentrated solar power plant construction industry. This has led to a surge of new projects being built around the world as well as in North America. there have has been over 100 different concentrated solar power plants constructed or planned for North America. With years of experience building these types of plants and many more planned for the future, it’s clear that this is one industry that will continue to grow and prosper.

The first step in concentrated solar energy technology is the creation of a linear Fresnel reflector. A Fresnel reflector is created by cutting sheets of metal into thin, curved strips and then welding them together end to end. The final product resembles a long coil of metal ribbons with a mirrored surface on one side.
The next step is to place the reflector on the ground so that it points directly at the sun as it moves across the sky during daylight hours. Once positioned correctly, sunlight will be directed toward an elevated receiver tube located at one end of the reflectors. This sunlight heats u pipe filled with oil or water inside and creates steam to turn electricity-generating turbines before being sent out into transmission lines.

A concentrated solar power tower is an architectural structure that has a large field of sun-tracking mirrors called heliostats. The mirrors reflect the sun’s rays onto a receiver at the top of the tower, where it heats molten salt. The molten salt can generate steam to drive turbines to produce electricity, and can also be used as a thermal storage medium for energy production at night or on overcast days. A concentrated solar power tower uses about 140 heliostats to track the sun and concentrate sunlight on the receiver at its peak intensity, which will heat up by 400 degrees Fahrenheit in an instant. It can take up to two hours for the salt to reach this temperature before it starts generating steam.

Concentrating Solar Power Plants use mirrors to focus a large area of sunlight onto a small tower (receiver) where it produces heat. This heat is then transferred to water, which runs through pipes in the receiver and turns into steam, which drives a turbine that generates electricity. There are a few different types of concentrating solar power plants, but they all have the same basic parts: mirrors or reflectors that concentrate sunlight onto receivers containing fluid; these receivers contain tubes filled with liquid that heats up and turns into steam; this process causes turbines to spin and generate electricity.
Concentrating solar power plants work best in places where there is an abundant supply of sunlight for at least 8 hours per day, so they are mainly used in deserts.

The concentrated solar power plant is a very efficient way to generate electricity. It works by using mirrors to reflect and concentrate the sun’s heat onto a fluid-filled receiver. The hot fluid produces steam, and this steam drives a turbine that spins an electrical generator.
To build one, you need workers skilled in welding, pipe fitting, electrical wiring, and assembly line work. Workers also need training in how to maintain the systems that keep the receiver from overheating when it absorbs too much heat from the sun.

Trending Tech News In the USA 2022

Cobot Programming Language to Power the Robots of the Future