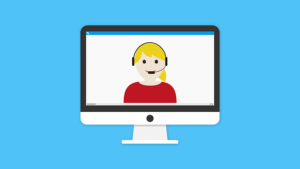 Computer System Software And Application Software Computer system software, also known as operating systems, controls computers by running the computer’s basic programs and allowing users to access the full capabilities of the computer. Application software refers to programs that perform specific tasks, such as word processing or playing games. Programs are designed to run on top of operating systems. If you’ve ever used an app on your smartphone or tablet, you’ve used application software.

What is Computer System Software?

Computer System Software is a broad term that can be used to refer to any program that is designed for use on computers. The most common type of computer system software, for example, is the operating system. Operating systems are found on all types of devices from desktops to mobile phones and allow users to interact with their devices. Computer system software includes programs like Microsoft Word or Adobe Photoshop which are designed for specific tasks, such as document creation or photo editing. Other types of computer systems include hardware drivers, firmware, etc. Developers of computer system software and applications design these programs for particular functions.
Computer programming languages (which include Java, Python, and C++) are used to create computer-based applications.
Software developers who work in this field are often called programmers or developers; they may work on individual pieces of code or collaborate with other programmers to maintain different sections of the program code at one time. Computer engineers develop software packages as well but they also work directly with computers themselves, while computer programmers typically do not get hands-on experience with the technology they design software for unless they are designing games or apps where input requires touch screens.

What is Application Software?

What are the differences between Computer System Software and Application Software?

Which one should you use?

The difference between computer system software and application software is that computer systems are hardware, while applications are the programs you install on them. They both have their own merits and can be used to complete different tasks. Systems like Windows 10 come with pre-installed apps like Microsoft Word, while other operating systems like Linux allow you to pick which ones you want to use. It’s important to understand the basics of computer system software before purchasing a computer because it dictates how fast your computer will run and what type of graphics card it has. A computer without this type of software will not be able to support gaming or video editing.
Computer systems can also be called computers or motherboards. Applications often reside on a computer but don’t necessarily have anything to do with its workings. All computer applications require an operating system to function correctly and some types of OSes include Windows 10, iOS (which is built into iPhones), and Android (which comes installed on most smartphones).

The world of computers has grown substantially in recent years. This is due to the increase in computer system software and applications. Computer systems are used in many areas such as a person’s home or at work. There are many different types of computer systems that can be purchased, but the most popular type is a personal computer. A personal computer is a desktop machine that includes an attached monitor, keyboard, mouse, speakers, and other peripherals. This type of computer runs on an operating system like Microsoft Windows or Mac OS X (previously called OSX).
Computer applications are programs that can be downloaded onto your computer to do specific tasks like word processing or photo editing. The most popular types of apps for this purpose are Microsoft Office for productivity tasks and Adobe Photoshop for photo manipulation.

How Virtual Reality Shopping Will Change Business in 2022

Breaking Down the Seminar Report on Virtual Retinal Displays