Application of Robots in Manufacturing Industries –

How They’re Changing the Industry

Robots in manufacturing have come a long way since their early days.Application of Robots in Manufacturing Industries We now have robots that can do everything from welding and painting to assembly, packaging, and testing of devices the list goes on and on! But what does this mean for the future of the manufacturing industry? Let’s find out!

What is a Robot?

The definition of a robot is subject to interpretation. In industrial terms, a robot is an electromechanical machine capable of carrying out multiple repetitive tasks without human interaction. Robots are often used for tasks that can be dangerous or difficult for humans, such as moving large loads or working with toxic chemicals. The key component of any robot is its robotic arm(s). These arms contain three essential pieces: an end effector (such as a clamp), an actuator (the component that provides movement), and some type of controller (that tells it how and when to move). Each arm will have six or more joints, allowing it to reach nearly any position within a defined workspace. A robot’s job is to hold something, so most robots have at least one end effector. Common end effectors include clamps, grippers, and suction cups.

Types of Robots Used in Manufacturing

First, let’s take a look at all of the different kinds of robots used in manufacturing. This will give you an idea of how flexible and effective these machines can be when implemented. The two main types are robotic arms and autonomous mobile robots (mobile manipulators). Each has its unique features that you should learn about before investing. Robotic arms are good for handling delicate objects or tasks that require precision, such as painting cars or assembling circuit boards. Mobile manipulators, on the other hand, can move around freely without being in a fixed location. These robots are usually equipped with cameras and sensors to help them navigate complex environments without causing damage to people or property. Some of these robots even use artificial intelligence to improve their decision-making skills over time! Application of Robots in Manufacturing Industries 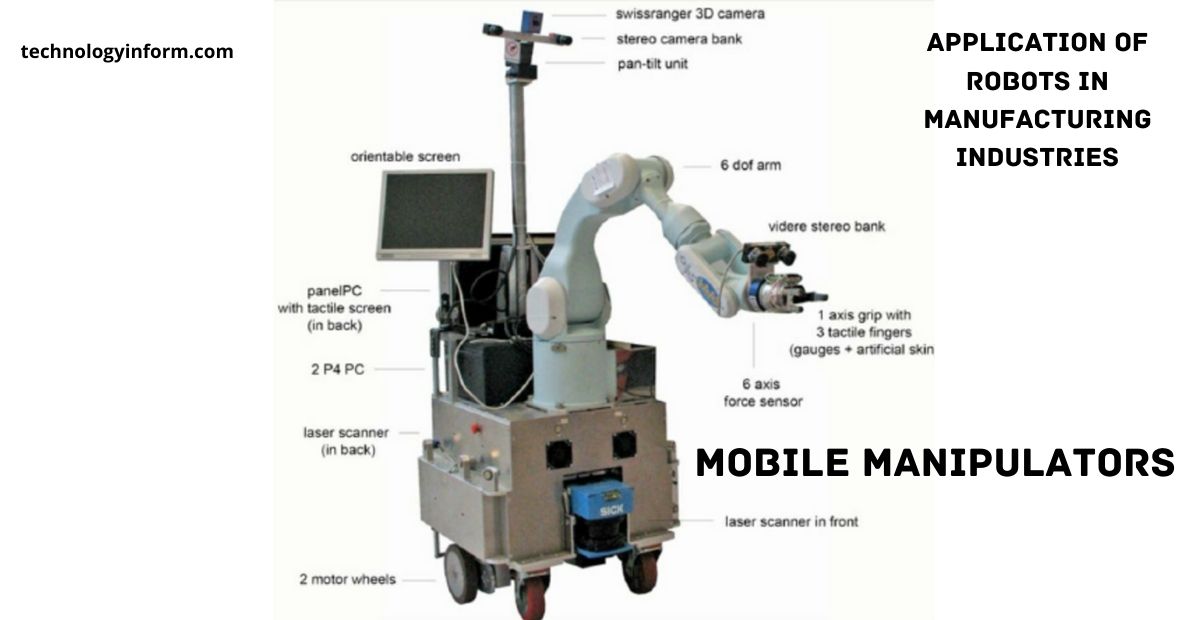 Benefits and Challenges of Using Robotics

The adoption of robotics has accelerated over recent years, with investment in industrial robots seeing a 74% increase between 2009 and 2014. That’s because robots bring several benefits to manufacturing. For example, they work continuously without breaks or tiredness and improve productivity due to their speed and accuracy. However, there are challenges too Application of Robots in Manufacturing Industries; including high upfront costs and learning how to program them correctly. Therefore, businesses need to weigh up any pros and cons before deciding whether robotics will be beneficial for them. This guide looks at both sides of the coin so you can decide if it’s right for your business.

If you would like to learn more about robotics then you may find these articles useful: Why Robots Are Great for Businesses How Robots Work 3 Ways Robotics is Improving Our Lives Future of Robotics.

The application of robots in manufacturing industries has been a long time coming. Although they have been on factory floors for decades, they have only started to dominate these last few years. If you work with a major manufacturer today, chances are that they have an automated robotic system that allows them to produce at record speeds and much more efficiently than ever before. These days, it’s becoming increasingly difficult to find businesses that don’t take advantage of robotics technology. As we move forward into 2017 and beyond, expect that trend to continue robotics will keep evolving as part of how manufacturers do business. With that said, here are some suggestions for innovators who want to make sure their application of robots in manufacturing industries is a success:

First and foremost, if you’re looking to apply robotics technology within your industry, consider collaborating with other organizations or even starting your own company around robotics applications.

The Future of Robotics

Robots have transformed manufacturing forever, especially since they first became commonplace on factory floors. Because they can work tirelessly around the clock, producing thousands of parts an hour with little to no damage or waste, there’s been a steady decline in manufacturing jobs as robots become more sophisticated and affordable. This trend is expected to continue as intelligent machines take on even more complicated tasks once reserved for humans. McKinsey & Company predicts that 45 percent of activities within 60 percent of occupations could be automated by 2055. As robots become increasingly autonomous and intelligent, their role will evolve from doing dangerous and repetitive tasks to managing people and processes in Application of Robots in Manufacturing Industries. Who knows what a world with highly automated factories will look like? For now, it seems safe to say that industrial robots are here to stay.

We’re already seeing companies develop applications for these machines beyond basic production lines like programming them to assist humans in warehouses, retail stores, and hospitals. To stay competitive (and avoid job losses), other industries are also likely to embrace robotics technology to keep costs down and streamline their business processes. And given how quickly these technologies are advancing, we may see further advancements soon in just 10 years we might be using drones instead of forklifts! When it comes down to it, adopting robotics into your industry can help you remain profitable while protecting your employees from dangerous or tedious tasks. 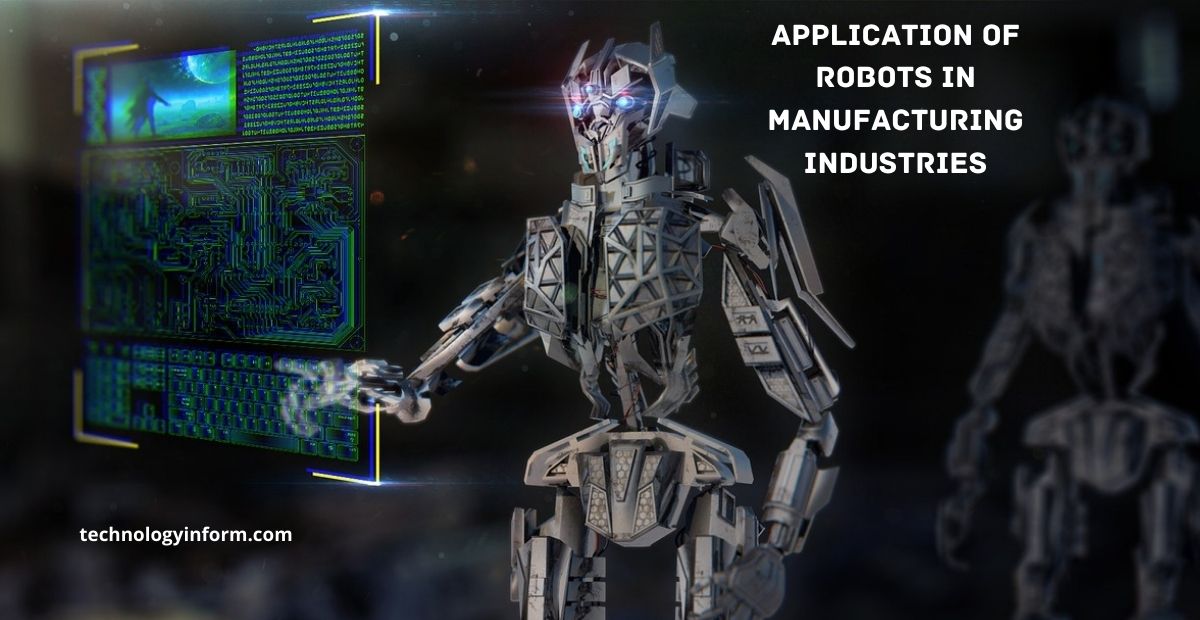 Conclusion of Application of Robots in Manufacturing Industries

When we think of manufacturing, most of us imagine hard hats and long assembly lines. Today, however, a different image comes to mind. Robots are becoming increasingly popular in manufacturing industries because they can operate with high precision and accuracy. When it comes to productivity, robots seem to be one step ahead of their human counterparts. Whether you’re for or against using robots for assembly line work, there’s no denying that robotics is slowly but surely coming into play when it comes to automation and customization in factories. The application of robots in manufacturing industries will continue to grow as more companies invest in automation technology. As robots become more affordable and accessible, we may even see them on our assembly lines soon enough!

how much does a computer tech make The Best Services &Tips